Moebio is the Biocat talent-development initiative to foster entrepreneurship and innovation in the healthcare arena. In 2018, coinciding with its fifth anniversary, Moebio went one step further, launching its second long program: CRAASH Barcelona. This initiative, officially launched in February 2018, is a 12-week course to help research teams from Catalonia and other European countries successfully launch innovations to market in the fields of medical devices, diagnostics and e-health and digital health.

CRAASH Barcelona is a bootcamp program of EIT Health, the largest European health consortium, and is organized by Biocat in collaboration with CIMIT. The teams transfer their research to market with guidance from expert mentors from CIMIT (Boston), the most experienced healthcare accelerator in the world. In 20 years, CIMIT has successfully accelerated more than 600 healthtech projects, has doubled the product-to-market rate and helped raise over $1 billion in additional funding.

The CRAASH Barcelona teams validate the problems and solutions for their products and how they fit the market in some of the most important healthcare ecosystems in Europe and the United States. In July and September, they visited the Medicen (Paris) and Yes!Delft (Delft) ecosystems, respectively. In October, they traveled to Boston to do some networking and validate their projects in this ecosystem at the Device Talks, where they had the opportunity to pitch to potential investors and partners.

CRAASH Barcelona has been recognized by Diario Médico as one of the best ideas in healthcare of 2018. 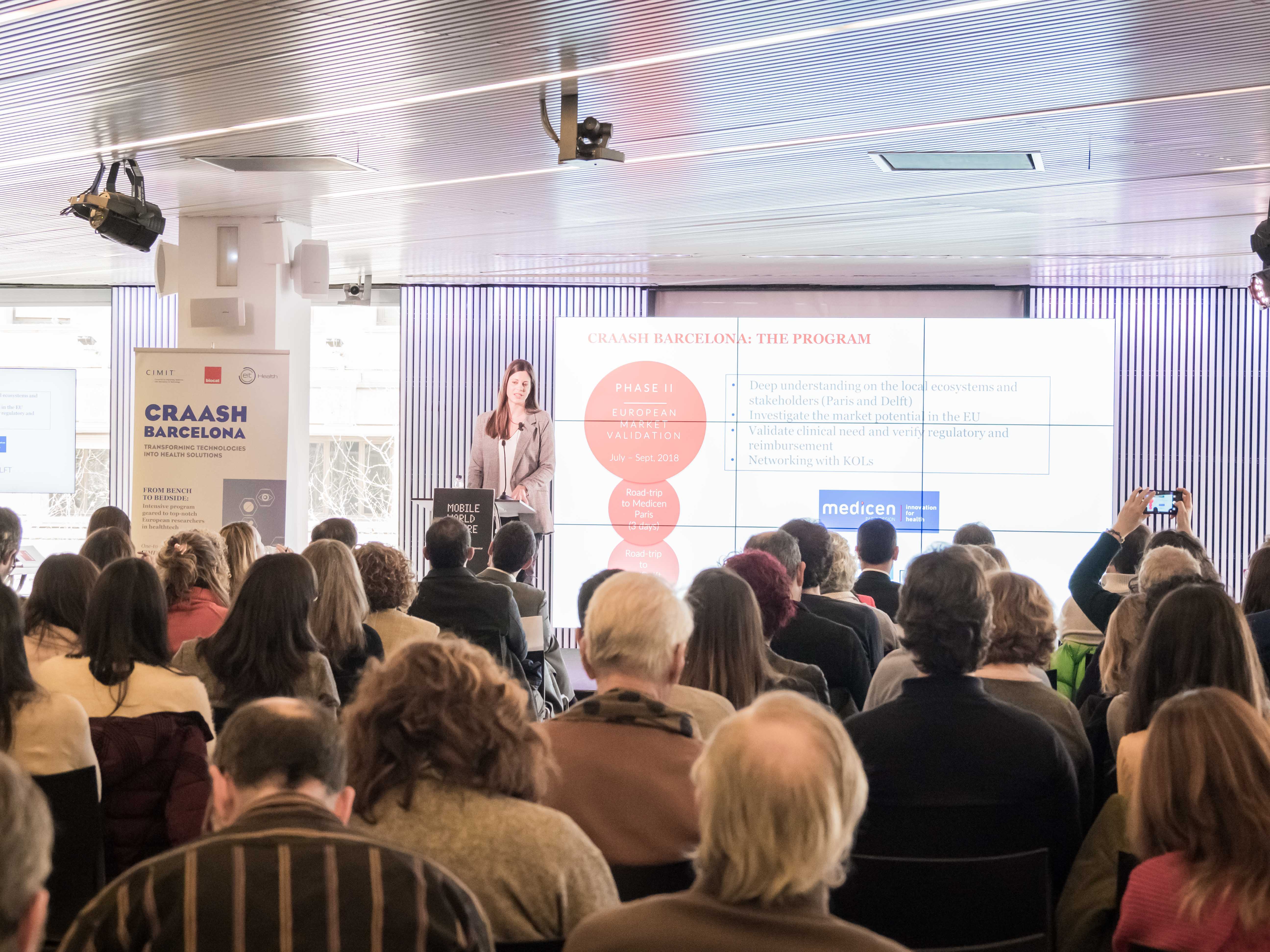