2017 Biocat Report: Scaling up the BioRegion of Catalonia

In December 2018, Biocat presented the latest edition of the Biocat Report, entitled “Scaling up the BioRegion of Catalonia”. This publication is the benchmark study that analyzes the healthcare and life sciences sector in Catalonia every two years.

The Honorable Quim Torra, president of the Government of Catalonia, presided over the presentation of the Report, which was held at the AXA Auditorium in Barcelona with nearly 300 professionals from the sector. In the President’s words: “The Biocat report shows that, in the healthcare and life sciences sector, Catalonia is on par with any of the countries we so often name as our benchmarks, and it is in our hands to bolster our potential to attract international investment because we have all the right ingredients and they’re of the very best quality.”

Jordi Naval, CEO of Biocat, presented the main indicators from the study and the 2025 vision for the sector. The event also featured Fina Lladós, director of Amgen Iberia and Dr. Daria Tataj, president of the RISE High-Level Advisory Group and founder and CEO of Tataj Innovation. The event also looked at several successful technology transfer cases in Catalonia and included a presentation of the Open Innovation Forum project second edition.

The Biocat Report received collaboration from Amgen, and the event came to a close with a networking aperitif sponsored by BCN Peptides and GP Pharm.

Main indicators from the study

According to the report, the healthcare and life sciences sector in Catalonia generates €31.087 billion each year and makes up 7.2% of the gross domestic product (GDP). In total, more than 223,000 people are employed in the sector, roughly 7% of all those working in Catalonia.

In addition to specialized local investors like Ysios Capital, Caixa Capital Risc, HealthEquity, Inveready or Alta Life Sciences, the Biocat Report highlights the significant growth in foreign investors committing to Catalan companies in the healthcare sector. In just 10 years, the number of foreign investors participating in these companies has gone from 0 to 50 and over the past five years alone, the figure has increased tenfold. Most of them are from North America.

In terms of GDP and population, Catalonia is comparable to EU countries like Sweden, Belgium, Denmark, Austria or Ireland. The region even surpasses these countries in terms of some of the indicators of research success: for example, Catalonia has received just as many grants from the European Research Council (ERC) since 2007 as Belgium and Sweden; and the number of articles published in Nature between 2013 and 2017 signed by researchers from the BioRegion of Catalonia is similar to that of Belgium and greater than that of Austria and Finland.

The Biocat Report includes a 2025 vision for the sector. Among other predictions, Biocat estimates that, as a result of the sector’s evolution, in terms of social impact, at least 10 products and advanced technologies developed in the BioRegion of Catalonia will reach patients by 2025. 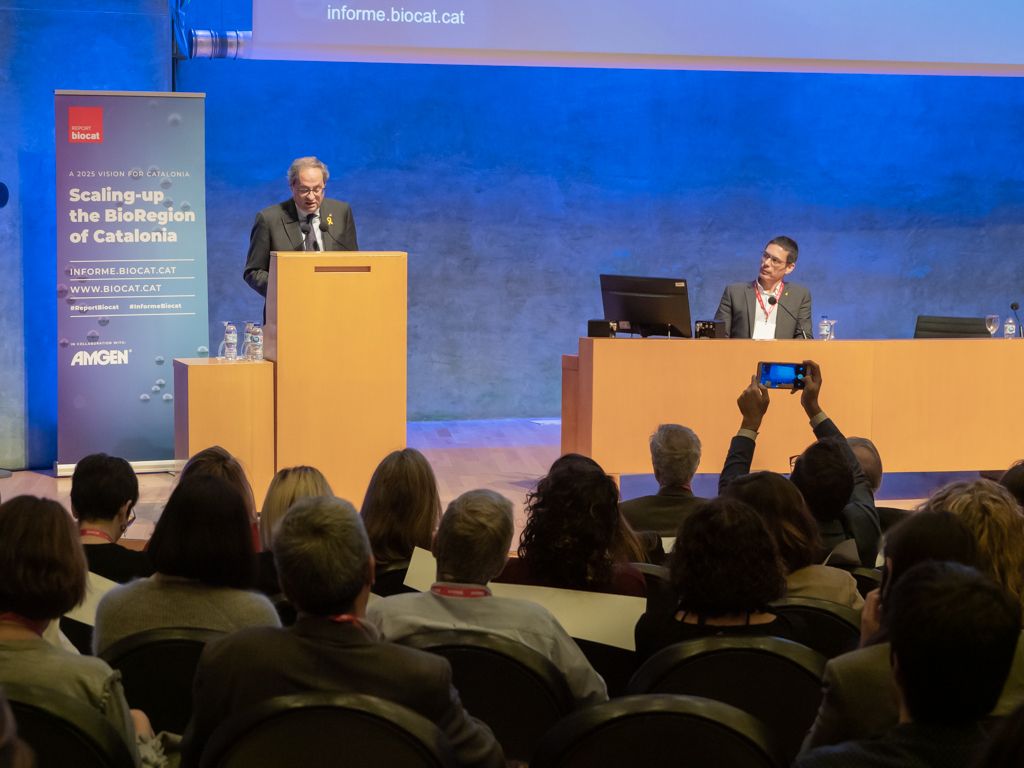